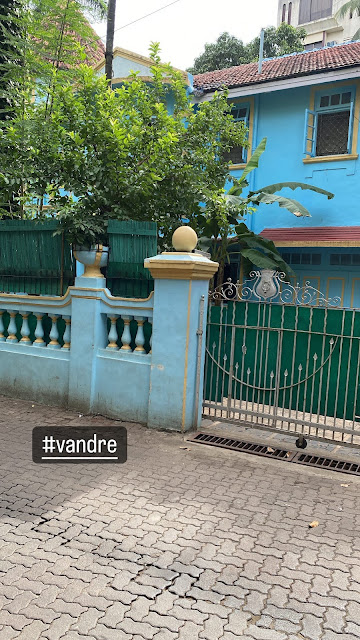 “Wow! Totally loving these posts ð….looks more beautiful than the streets of Paris….You have captured the beauty to the max!’

I received these two messages on Saturday in response to my Instagram stories that day. I had gone to visit a friend at Shirley Rajan Road in Bandra. I clicked pictures of some of the ‘Bandra cottages’ on the way back home and posted them in my stories with the hashtag #vandre. The Turner Road stretch from our house to Shirley Rajan Road has quite a few of these old houses. Some of them are brightly painted and look cheerful. Some have a more stately feel to them. The others are in varying stages of disrepair. All bravely and confidently holding their heads high among the impersonal modern glass and granite skyscrapers coming up everywhere which are completely discordant with the look and feel of what is called the queen of Mumbai’ s suburbs…arrogantly preparing to gentrify the old gentry. 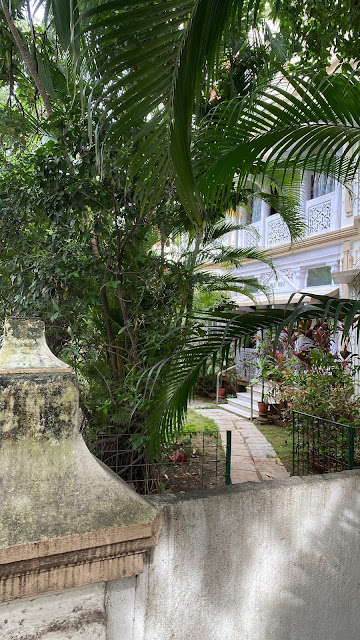 There were no Bandra ‘hidden gems’ that I captured in my stories that afternoon. The cottages that I clicked had already adorned many an Instagram page, reel in recent times…been the backdrop for many a TV ad…the setting for many a Hindi film before they moved to shooting films only in Switzerland and then Serbia.

I have walked past the architectural grand dames of a Bandra a million times over the 25 years and counting that Bandra has been my home. 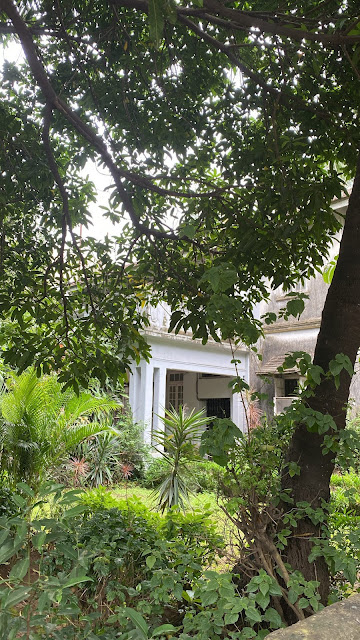 This possibly explains why I clicked angles that are a bit different from the usual ones that you see, ones which showcase these buildings in their full frontal glory. My perspective was different. It came from a sense of familiarity, comfort and warmth.

Akin to that of a strong and steady relationship. Not the rush and excitement of first love. These were small slice of life discoveries that one makes as a relationship matures over time. With no filters, as one would say in the age of Instagram. The sense of fuzziness that accompanied me as I walked back home on Saturday was very different from what I felt during a walk down the same path 25 years back.

I had just passed out of B school then and had joined a market research firm in Kolkata. I was sent to Mumbai for a training stint. My office had arranged a PG for me at Nootan Nagar near the talav. ‘Close to the station. That matters in Mumbai,’ said the admin functionary from our office who had come to settle me in.

This was the first time that I was living away from home. I felt increasingly disheartened as I looked at the rather plain room that I was going to stay in and at half of the bed that was going to be mine. The shared toilets. Indian style. Different in every way possible from the sheltered life I had left behind.

I put my suitcase down and asked my landlady, “is there a sea beach anywhere? I was told that Bandra is by the sea.”

My earlier exposure to Bombay as it was called then, was when I had come for my summer training a year back. Most of my work was around Nariman Point and Fort. When done, I would hang at Colaba. The sea at Marine Drive and the still waters of the sea by the Gateway had my heart.

Surely the sea would make me feel better, I thought that evening.

“Yes,” said my landlady in answer to my question, with a look of relief on her face. She probably thought I was two seconds away from bursting into tears in front of her and was not sure what to do. I actually did that a year later and she was there comfort me but that’s a story for another day…or perhaps not. I went down, hailed an auto, and said, “samundar kinare leke jao.”

Perhaps it was the magic of Bollywood and the song Dimple Kapadia had lip synced to in the movie Sagar that worked. The auto driver took me to what I later learnt was Carter Road. I got off and looked at him as if to say, “that’s it?”

There was no ‘beach’.  Just gravel by the road, mangroves and the sea. No promenade either, that came up later.  It was a Sunday and low tide. I saw that everyone who landed there, got off the main road and walked down a rocky path to a ship which was stuck in the rocks.

With nothing better to do with my time, I too followed them, tentatively balancing myself from one rock to another. The drill was that you reached the ship, stood there for a few seconds and turned back. I was so focused on the task at hand that I had forgotten my despair for a few precious minutes.

It was dark by the time I came back from the ship end to the main Carter Road. Ready to hail a rick and head home. 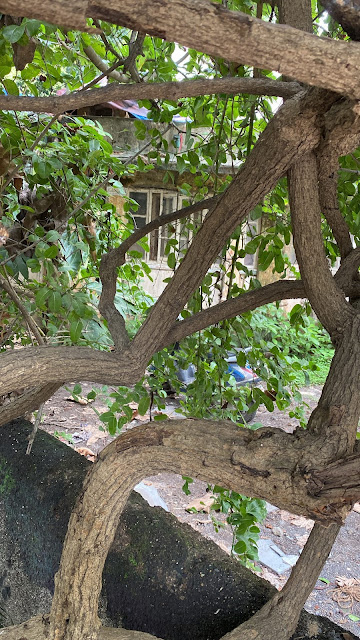 There was a problem. As I learnt over the following months, it was impossible to get an auto back from Carter Road on weekends given the number of visitors who came there back then. I was caught by surprise. This was Bombay and not Calcutta. Not the city of taxi refusals. I was gobsmacked by the many no’s I heard that evening.

I finally decided to walk. The road seemed endless. It was getting darker. I was in unknown territory.

Otter’s Club, the gannewala opposite Shirley Rajan, Pali Naka, Tava… familiar landmarks later in life meant nothing to me that evening. I did not own a mobile phone. I doubt if Google existed in ’97, forget Google Maps!

‘Baas aur aage,’ was the response I got when I asked people how far Bandra Station was. ‘Just a bit ahead’ never seemed to come.

The pavements were crowded with people walking briskly and I was not scared.

I was tired. Hungry. I was twenty three. 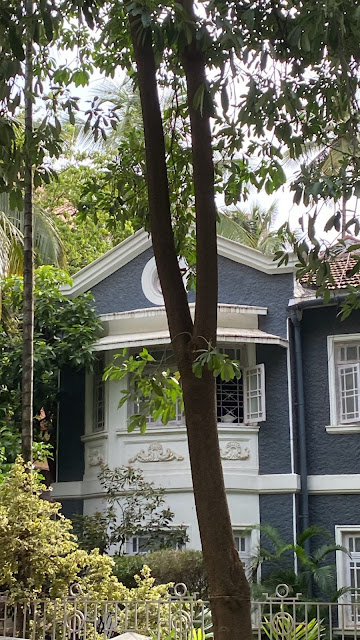 The gods of Bandra finally smiled on me/ I got an auto at what is a bit after what is Axis Bank at Turner Road today and was HSBC earlier.

I heaved a sigh of relief as I reached my new home. I rung the bell and my PG ‘aunty’ opened the door and said with a smile, ‘aap haat mooh dhoke baith jao. Khana laga hain.’

There was pulao on the stainless steel plate put in front of me. Chhole. Bhature (I love bhature and I had never had homemade ones before…or since). Boondi raita. Gulab jamun. Ice cream.

And so began my Vandre story. Soon its buildings, by-lanes and people stopped being strangers to me.

Bandra became my home; I became a Mumbaikar.