This French cake at Dominique Ansel comes with a crown 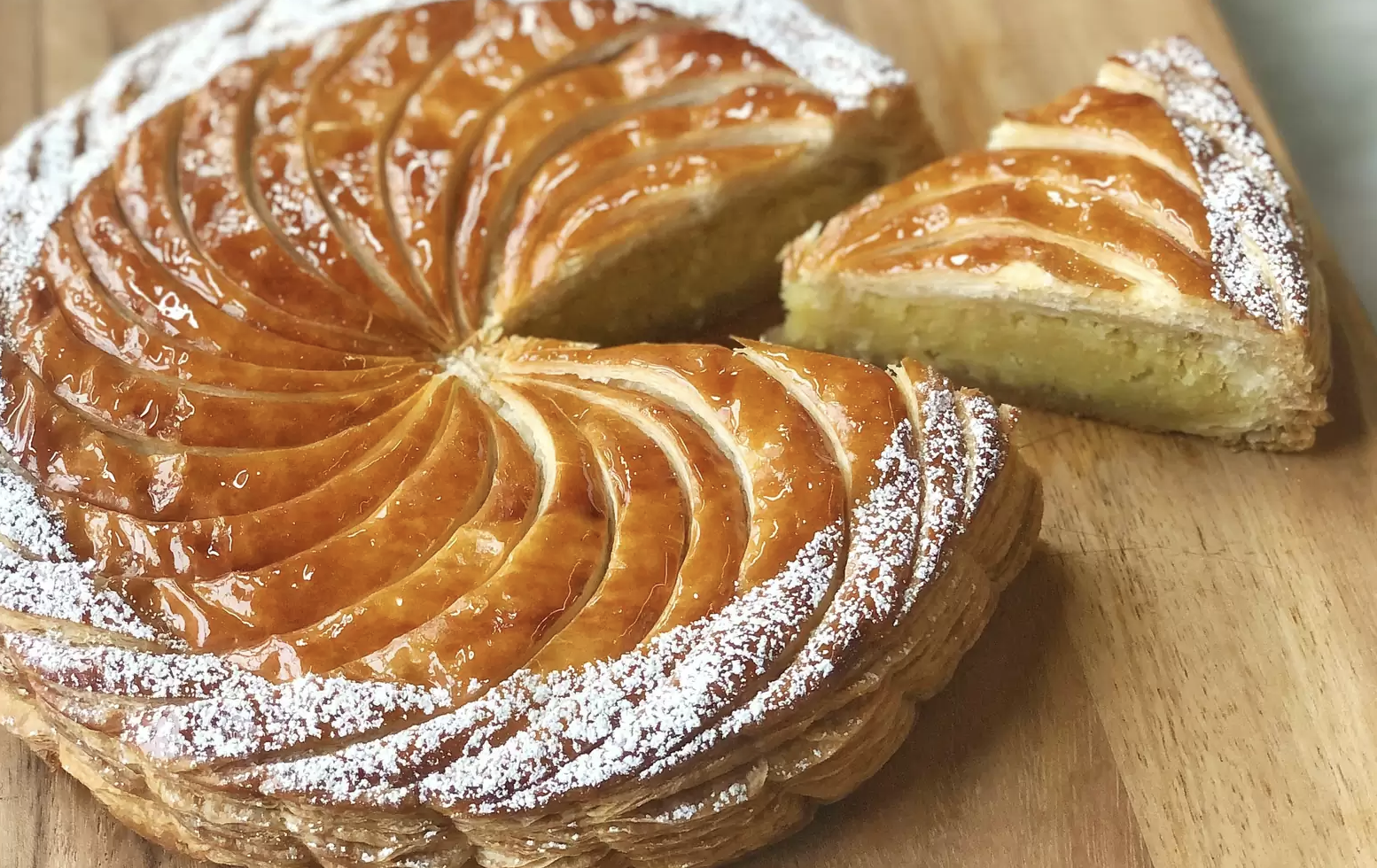 On this side of the Atlantic, we’ll be celebrating Martin Luther King. Jr. Day this weekend. The French, on the other hand, have been spending the past few weeks commemorating Epiphany (it actually took place on January 6).

Also known as la Journée des Rois, the day commemorates the visit of the three wise men to baby Jesus and it is tradition to eat la Galette des Rois (“king’s cake”) in celebration of the event.

New Yorkers will get to try the treat this month, courtesy of celebrity baker Dominique Ansel, who hails from France. Both his Soho and his Flatiron bakeries are selling the flaky puff pastry filled with almond frangipane through January 23. You can pre-order whole galettes to be picked up at the SoHo location right here and the Flatiron one here.

Those lucky enough to get their hands on a pie will also receive a golden paper crown to go along with the dessert (it is the king’s cake after all) and, as revealed by Ansel himself in an Instagram post, each galette also “comes with a little féve [trinket] to hide inside so whoever finds it in their slice is deemed king or queen for the day.”

Known for his always delicious treats, Ansel has made a name for himself with the now infamous cronut but he also constantly keeps New Yorkers on their toes with creative inventions. Back in December of last year, he collaborated with Baileys and create a awesome hot chocolate kit and, before that, he launched a series of desserts that actually looked like NYC coffee cups. And who can forget the Dominique Ansel Bakery x Kith Treats collaboration? Take it from us: the man is a sweets genius and his Galette des Rois is an absolute must-have. Go ahead and order yours ASAP.