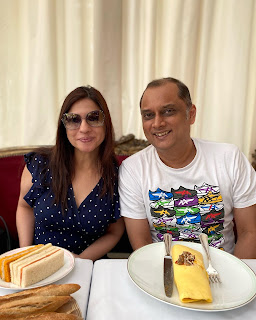 That’s what they have written below my pic in the Laduree employee training manual. 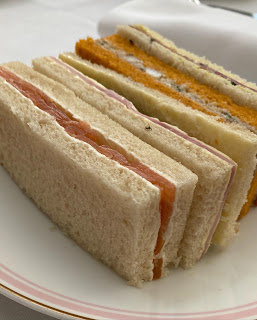 K was very keen to have the finger sandwiches I had the day before at Laduree. We went there last evening but we were told the wait time was 1 hour and left. We decided to go for breakfast today and reached at 11.15. It was a Sunday and the wait time was about an hour. K almost collapsed at the end of it but once she got her sandwiches (pastrami, ham, crab and salmon), she said it was worth it. She loved them! 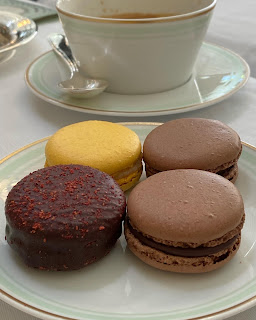 We had the macarons and found them to be nice, without being spectacular. Just as we had in 2016. And they served my espresso in a ridiculously big cup with almost no crema. 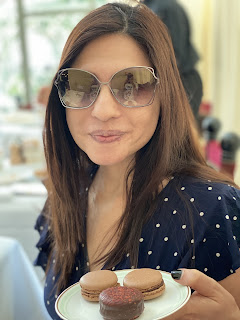 I wanted to have an omelette and got a ham-less one because of the confusion in the kitchen and they immediately apologised and made me a fresh one when I pointed it out. It turned out to be ok. I remember the omelette at a nondescript cafe outside the Louvre, which I had after we went to meet Mona darling in 2016, being more memorable. 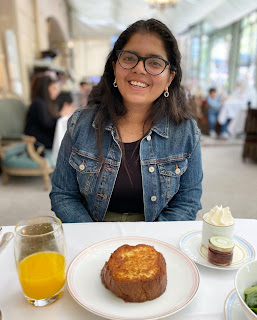 Once again, Laduree was about the people one met and today was about meeting Shikha Jain. A young pastry chef from Kolkata who did the 3 year course in pastry @theculinaryinstituteofamerica and is now doing an internship in Paris to sharpen her skills before she heads back to Kolkata to build on her dreams.

She first messaged me when I posted from the @inform_cafe the day before. ‘It’s my favourite coffee shop in Paris and I go there once a week,’ she said. We invited her to join us for breakfast and she went for the Mishti deem pauruti aka French toast. It was such a pleasure chatting with her. K later told me, ‘she is our Paris ka Gia (@dining_with_mao) 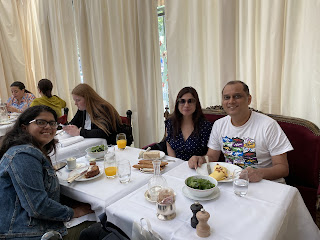 Gia meanwhile was having Sunday lunch with granny P and her brothers @thekittykarmakars back home.

Ps: I introduced K to @inform_cafe before we returned to our hotel and she did like the place. 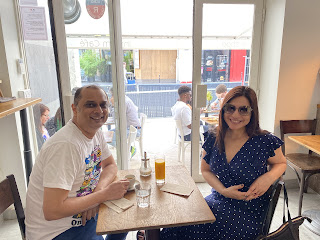