Having written two big NYC-centric musicals, Lin-Manuel Miranda has pulled so much of the city into his work.

The award-winning actor, songwriter, singer, playwright and producer is the subject of a new video by Google’s Arts & Culture team, where he highlights his favorite hidden gems in Manhattan.

It’s part of a wider series called “Perspectives” that aims to connect people digitally to other places, people, arts and culture through tech. Other videos include the history of tennis with Venus Williams, the streets of Johannesburg with South African singer Busiswa, the sunlight, water and skulls of Mexico with Olympic soccer star Daniela Espinosa, and the music and signs of Durban with South African DJ Muzi.

RECOMMENDED: Four real-life NYC locations you can see ‘In the Heights’

Miranda focuses on his most inspirational NYC places in his video.

“The thing I love about NYC is that it’s in a constant state of metamorphosis. It’s a vibrant place that has inspired me ever since I was a kid,” Miranda said in a statement. “From growing up in Washington Heights to seeing Jonathan Larson’s Rent on Broadway, the diversity and culture is endless, which was exciting for me to travel back to with Perspectives on Google Arts & Culture.”

Specifically, he talks about places he grew up, where he wrote poetry, important inspirational places and more in this eight-minute video:

These 20 three-story, wood-framed townhouses are set on a cobblestone street lined with coach lights and it leads right to the Morris-Jumel Mansion. “It’s like a weird Step backwards in time,” Miranda says. “You walk on one block and suddenly you’re two centuries back.”

This is the oldest mansion in NYC and fun fact, Aaron Burr lived here for one year. Miranda says he did some writing for Hamilton in Burr’s old bedroom.

If you know the song “When You’re Home” from In the Heights, you’ll recognize 181st Street. Benny and Nina are doing a neighborhood tour here during this part. That was based on Miranda’s second date with his wife. They grew up 20 blocks apart and showed each other their favorite spots on that date, which ended on this street.

“This view has always been really special to us,” he says.

“The subway was always one of the best places to get writing done,” Miranda says. “It’s the stimulus of other people in other communities and sometimes there would be breakdancers, sometimes mariachi bands — all sharing that space to get from here to there.”

Miranda would go here for many years — it was his “world,” he says. The 100-year-old store was planning to close its doors due to rising rent but in 2019, Miranda and friends purchased it, “hoping to bring this place back in a big way.” Before it closed, it specialized in printing playbills, screenplays, librettos on theater craft, music, dramatic techniques, and biographies on film and theater icons.

6. Jane Hotel (formerly the Jane Street Theatre) in The Village

Rent had a huge influence on Miranda. He says it’s no mistake that like Jonathan Larson, he writes about his NYC neighborhood with love. Later on in college, he saw the production Larson’s “Tick, Tick… Boom!” at the Jane Street Theatre. “It felt like a message in a bottle from Jonathan Larson,” he says.

7. One of the last phone booths in the city in SoHo (across from 508 Greenwich)

Jonathan Larson lived across from this phone booth. He would throw his keys out the window to friends who called him from this payphone. Larson took this from his own life and put it in Rent, Miranda says.

Miranda would walk to The Cloisters and find a place to write his poetry. “I’d sit on this rock, stare at the Hudson and get into my feelings,” he says.

You can watch him explain his favorites below: 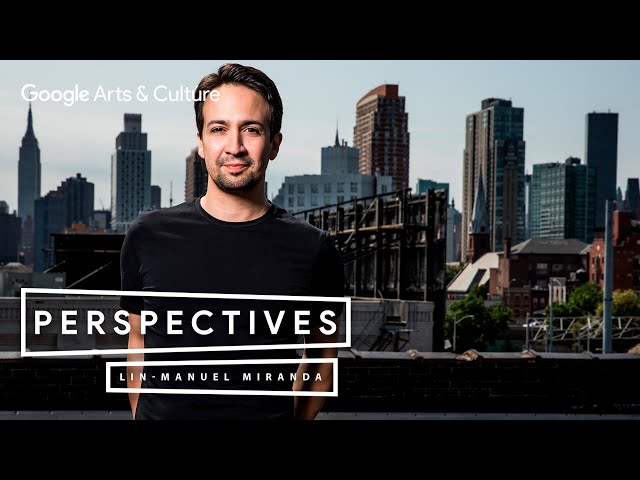 Fill out our excellent (and extremely quick) Time Out Index survey right now, and have your voice heard.

Want to know what’s cool in the city? Sign up to our newsletter for the latest and greatest from NYC and beyond.